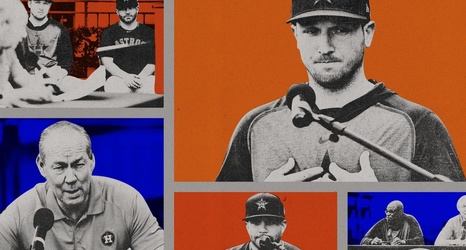 The Houston Astros held a press conference Thursday morning to formally apologize for their 2017 illegal sign-stealing scheme, but coverage from that press conference proved that saying "I'm sorry" won't erase this from the Astros' narrative any time soon, especially in Los Angeles.

L.A. was directly impacted by Houston's sign-stealing. The Astros defeated the Dodgers in seven games to win the 2017 World Series. However, Astros owner Jim Crane downplayed the notion that their 2017 title is tainted:

Jim Crane: “Our opinion is this didn’t impact the game.