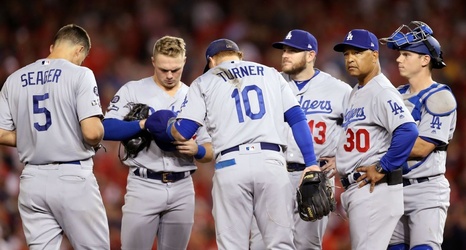 WASHINGTON -- Months ago, when the Washington Nationals weren't even a .500 baseball team and the Los Angeles Dodgers were running away with the National League, a wise executive looked at the landscape of the league and offered a prediction. "The only thing that's going to stop the Dodgers," he said, "is the Nationals in a short series."

The nightmare scenario of a first-round playoff loss has not come to fruition, not entirely, and yet after Washington's 6-1 victory in Game 4 that sent their NL Division Series back to Dodger Stadium for a win-or-go-home Game 5 on Wednesday, it felt awfully prescient.