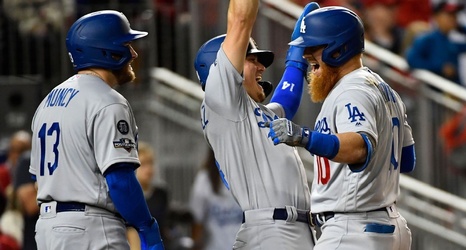 WASHINGTON -- Patrick Corbin had spent the last two years terrorizing Los Angeles Dodgers hitters, relying mostly on a biting, tilting, low-80s slider that closely resembles his fastball until it's too late to adjust. But Russell Martin remembered this one key tidbit in a postseason pregame meeting that outlined Corbin's tendencies: With two strikes and runners in scoring position, strikes are highly unlikely.

So when Martin faced an 0-2 count in the top of the sixth inning of Sunday's National League Division Series game -- with two outs, runners on the corners and the Dodgers trailing by a run, their offense continuing to reel and their season suddenly on the brink -- he focused on tracking pitches and hardly worried about swinging.