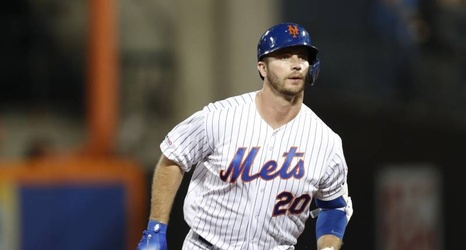 While hockey players often grow out their facial hair for good luck during the most important time of the season, Alonso did quite the opposite in Thursday's 11-1 win over the Arizona Diamondbacks. As ESPN.com noted, he shaved his mustache during the game after he struck out twice and reached base because of an error in his first three at-bats.

"I had very terrible at-bats before," Alonso said. "And so I'm like, 'All right, mustache needs to go.