How worried should the Red Sox be over Chris Sale's 0-3 start? 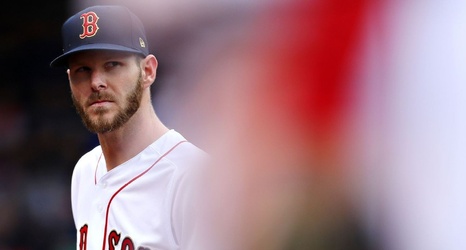 BOSTON -- Opening Day at Fenway Park began with the good vibes of the World Series ring ceremony, a final celebration of perhaps the greatest team in Boston Red Sox history.

Past Red Sox heroes like David Ortiz, Manny Ramirez, Curt Schilling and Mike Lowell brought out the team's four World Series trophies since 2004 to the sounds of the Boston Pops orchestra playing "We are the Champions." Giant banners honoring the 2004, 2007, 2013 and 2018 World Series winners were unfurled one at a time over the Green Monster. The players were given their World Series rings featuring 185 total stones -- the sum of 162 regular-season games, 14 postseason games and Boston's ninth title -- that included 14 princess-cut diamonds, 21 custom-cut rubies, 22 blue sapphires and 15 total carats of gems.