How close are we to live sports? Where the world's biggest leagues stand right now 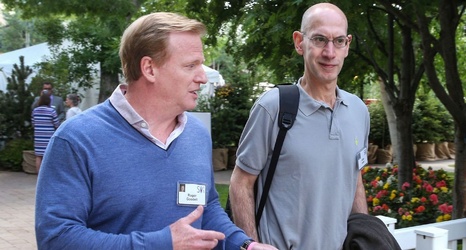 A SKELETON STAFF of about 150 gathered inside the Infinite Energy Arena in Duluth, Georgia, for the Professional Bull Riders two-day Gwinnett Invitational. It was March 15 -- just days after the NBA and NHL suspended their seasons indefinitely and hours after the NCAA canceled the men's and women's basketball tournaments. Still, cowboys from around the country would compete before a television-only and digital streaming audience in one of the last professional sporting events to be held in the United States before the PBR, too, shut down.