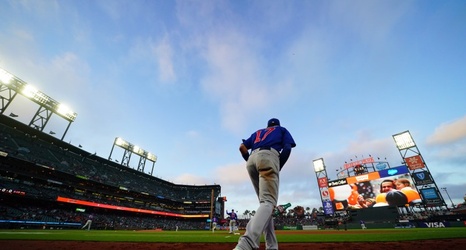 The San Francisco Giants have jumped into the Kris Bryant Sweepstakes in a big way, reportedly offering the team's No. 2 ranked prospect, catcher Joey Bart, in exchange for Bryant and his expiring contract.

According to MLB Network's Jon Morosi, the Giants would be willing to part with Bart—who's slashing .310/.372/.532 with nine home runs and 38 RBI over 44 games in Triple-A this season—as long as the Cubs are willing to provide more than just Bryant in return.

Bart, the former No. 2 overall pick, likely would be available only in a deal that involves players in addition to Bryant, a free agent after this year.