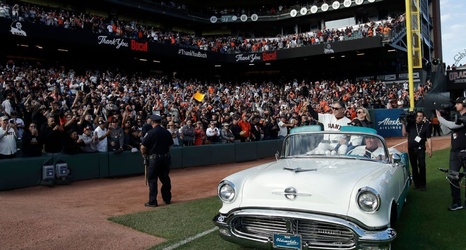 SAN FRANCISCO -- The San Francisco Giants have narrowed their search for a new manager to three finalists, according to multiple reports.

Giants President of Baseball Operations Farhan Zaidi is taking his time making the hire. He has known since February that Bochy would retire.

Others who had been considered were Dodgers bench coach Bob Geren, Giants coaches Ron Wotus and Hensley Meulens, and Athletics coach Mark Kotsay.

The 44-year-old Kapler was fired Oct.