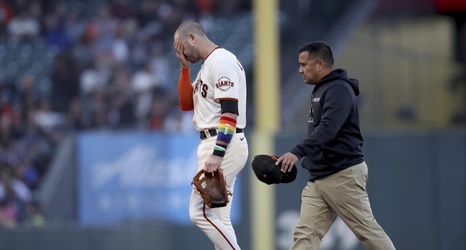 San Francisco Giants third baseman Evan Longoria will miss the next four to six weeks with a sprained left shoulder he suffered against the Chicago Cubs on Saturday.

Longoria collided with his teammate, shortstop Brandon Crawford, when both players attempted to grab a ground ball hit by Anthony Rizzo in the top of the ninth inning. Longoria sat on the ground after the collision and exited the field after he was assessed by training staff (and assessed an error on the play).

The Giants ended up defeating the Cubs 4-3. Mauricio Dubon replaced Longoria at third base for the rest of the game.