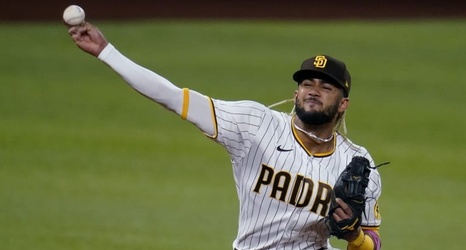 During that press conference, general manager AJ Preller referred to it as a "statue contract," the sort of deal that could keep Tatis in San Diego long enough to one day have his own statue at the ballpark like club legends Tony Gwynn and Trevor Hoffman:

"One of the game's most exciting &amp; best talents decided to make San Diego his home... hopefully for his career." @Padres GM AJ Preller discusses the process of signing @tatis_jr to this historic extension (and statue contract ud83eudd29).