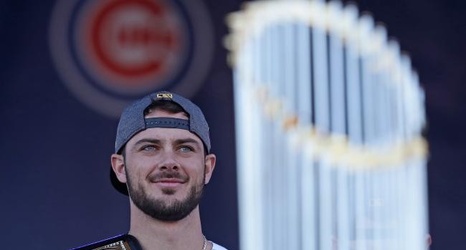 The Fernando Rodney Experience has arrived in Houston, Texas.

Rodney signed a minor league deal with the Houston Astros on Friday and he'll report to the club's alternate training site in Corpus Christi:

The @astros have signed RHP Fernando Rodney to a Minor League contract. The three-time all-star has cleared his intake testing and reported to Houston's alternate training site here in Corpus Christi. #ForTheH https://t.co/o1TRxNIUtp

The three-time All-Star is joining his 12th different MLB franchise after having last appeared in 38 games for the Washington Nationals in 2019 after a stint with the Oakland Athletics earlier in the season.