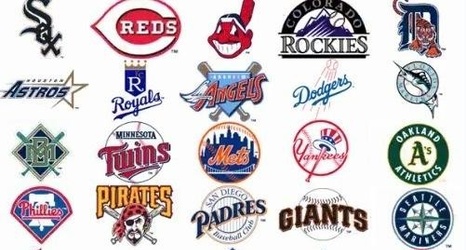 My GIF of every @MLB team's logo change since 1876. I think it's cool: http://t.co/zBtACGiLDU (h/t @sportslogosnet) pic.twitter.com/iVhCVCmkXm

Major League Baseball team logos have undergone many makeovers through the years, and thanks to Eric Orvieto of Yahoo Sports, there is an awesome GIF that shows all of those changes.

Orvieto compiled all the logos MLB franchises have used since 1876 and created a fascinating time-lapse GIF. Every time a logo was changed or an expansion franchise joined the league, the GIF updates to reflect it.