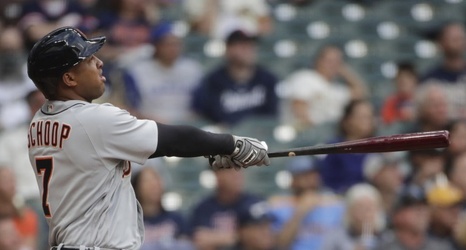 Jonathan Schoop has had one of the most productive bats in Major League Baseball over the past week.

The Detroit Tigers infielder reeled off five multi-hit performances in the past seven games and is still widely available in Yahoo fantasy baseball leagues.

Schoop is nowhere close to the spotlight because of Detroit's position in the American League Central, but he can be a valuable asset in fantasy rosters in the coming weeks if he continues to reach base.

Justin Upton is a much more recognizable name, but he is rostered in fewer leagues than the Detroit infielder.