Dodgers fuming after Phils' Neris curses them out 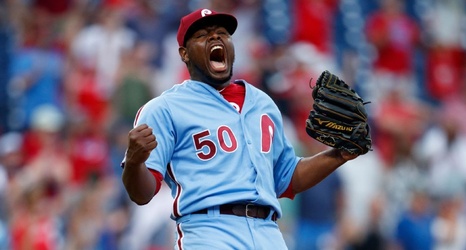 The Dodgers are irate with Philadelphia Phillies reliever Hector Neris, who celebrated his save against them Thursday with a fist pump and and then a staredown into the Los Angeles dugout.

"Neris got the save and looked right into our dugout and screamed as loud as he could, 'F--- you!,'" first baseman Max Muncy told reporters after the game.

The Dodgers stayed in the dugout watching Neris. On the broadcast, it appeared that catcher Russell Martin shouted to the pitcher that they meet somewhere.