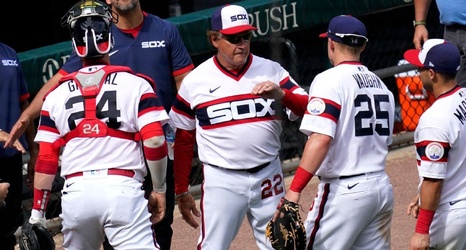 He passed John McGraw and now trails only Connie Mack after his team beat the Detroit Tigers 3-0.

"He was a much better player than I was, and he has a much higher winning percentage," La Russa joked of McGraw. "I beat him with longevity and great situations."

La Russa, 76, came out of a 10-year retirement to take over the ultra-loaded White Sox after beginning his career with the same job in Chicago in 1979.