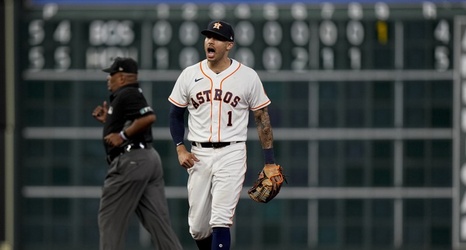 The Houston Astros have reportedly tendered a qualifying contract offer to shortstop Carlos Correa, according to Jon Heyman of MLB Network.

Heyman reported Correa will reject the offer based on interest on the open market. If accepted, the qualifying offer for 2022 is worth $18.4 million for a one-year deal.

Correa hit .279 (.850 OPS) with 26 home runs and 92 RBI in 148 games this season for the American League West champion Astros, who lost the World Series to the Atlanta Braves.