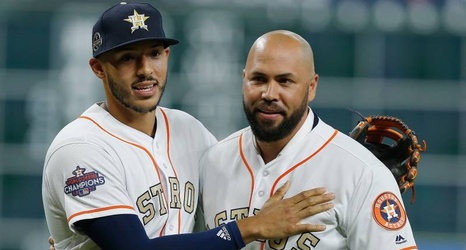 Houston Astros shortstop Carlos Correa shot down the notion Thursday that Carlos Beltran intimidated younger players into stealing signs during his time with the Astros in 2017.

As seen in the following video courtesy of ESPN's Marly Rivera, Correa insisted that Beltran didn't push other players to do something they didn't want to (warning: some language NSFW):

VIDEO: Amazing candor from Carlos Correa, calling ‘BS’ any anonymous report that Carlos Beltrán intimidated young players and that they were not allowed to speak up.