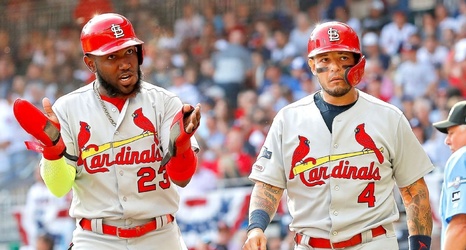 ATLANTA -- Fans were barely in their seats for the decisive fifth game of the National League Division Series before the St. Louis Cardinals made history, becoming the first team to score 10 runs in the first inning of a postseason game en route to a 13-1 win.

Of the four times that teams have scored 10 runs in a postseason inning, the Cardinals are the first to do so without hitting any home runs.