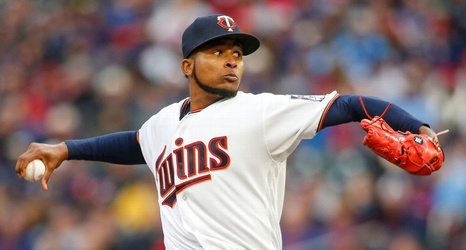 Terrible news from Miami, where the Milwaukee Brewers beat the Miami Marlins 4-3, but announced after the game that Christian Yelich will miss the rest of the season after breaking his kneecap on a foul ball in the first inning. The freak injury came on a 1-1 slider from Elieser Hernandez that Yelich fouled off the top of his right knee. He crumpled to the ground and lay there for a couple minutes before walking off under his own power, but grimacing in pain as he retreated into the clubhouse.

It's a devastating injury for the Brewers, who lose not just their best player, but a player who had a chance to win his second consecutive MVP Award, as Yelich's season ends with him batting .