Brewers' Christian Yelich Exits vs. Cardinals with Back Injury 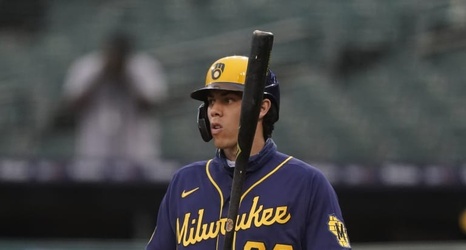 Jackie Bradley Jr. replaced Yelich after he took his second at-bat of the game. He went 1-for-2 with a run scored before exiting. Milwaukee ended the second inning up 7-1 over the Cardinals.

The 29-year-old, who is three years removed from the MVP nod he earned in his first season with the Brewers, has slashed .222/.333/.222 with one RBI through five games for Milwaukee, which is 3-3.