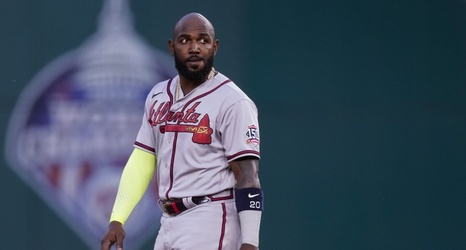 Atlanta Braves left fielder Marcell Ozuna is expected to be out for five to six weeks due to two dislocated fingers on his left hand, according to The Athletic's David O'Brien.

Ozuna signed a one-year, $18 million deal with the Braves heading into 2020. That he turned around and signed a four-year, $65 million contract with Atlanta one offseason later speaks to how well he performed for the team.

The two-time All-Star led the National League in home runs (18) and RBI (56) while slugging a career-high .