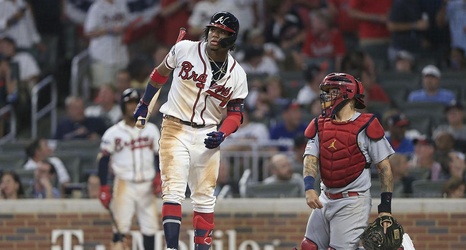 Braves centerfielder Ronald Acuna Jr. has drawn criticism from his teammates for his perceived lack of hustle on a play in Game 1 of the National League Division Series.

Acuna went 3-for-5 with a home run, a double and two RBIs. However, while leading off the seventh inning, he hit a high fly ball to right field that looked like it might sail over the wall at SunTrust Park. Acuna trotted down the baseline while holding his bat but was held at first base when Cardinals outfielder Dexter Fowler played it off the wall.