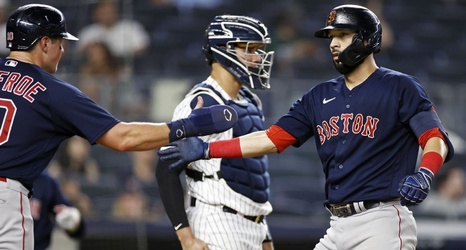 In the first series of the 2021 season between the Boston Red Sox and the New York Yankees, the Red Sox went into Yankee Stadium and swept their foe in the Bronx for the first time since 2011, including a wild, 6-5 victory in 10 innings on Sunday.

Some takeaways from the series:

• If you think this rivalry lacks some of the off-the-chart intensity it used to have, consider what longtime Yankees outfielder Brett Gardner said at the outset of the series -- the teams' first meeting since manager Alex Cora returned to the Red Sox after serving a suspension in 2020 for his involvement in the Houston Astros' sign-stealing scandal.