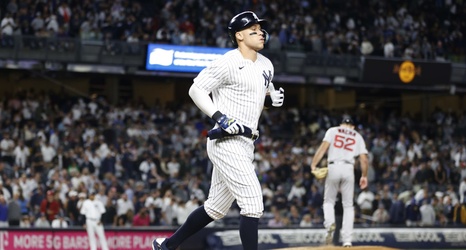 In a phone interview with Barry M. Bloom of Sportico, Barry Bonds said he would like Judge to "go for" the record of 73 homers and then see the San Francisco Giants land him via free agency in the offseason.

"I hope he signs here," Bonds said. "Can it happen? I don't know. It depends on what the Yankee payroll is. But we would love to have him, I'll tell you that.