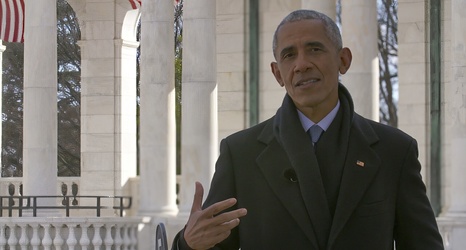 Former United States President Barack Obama praised Major League Baseball for its decision to move the All-Star Game from Atlanta in light of recent voter-restriction laws put in place by the state of Georgia.

After MLB announced the move, Obama tweeted there is "no better way for America’s pastime to honor the great Hank Aaron."

Congratulations to @MLB for taking a stand on behalf of voting rights for all citizens. There’s no better way for America’s pastime to honor the great Hank Aaron, who always led by example.

MLB commissioner Rob Manfred issued a statement Friday about the decision to take this year's All-Star festivities out of Atlanta: