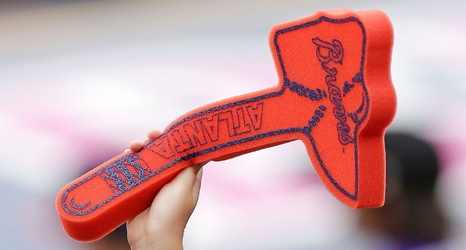 The Atlanta Braves announced they will not distribute foam tomahawks to each seat Wednesday for Game 5 of the NLDS against the St. Louis Cardinals.

The decision is part of an effort by the Braves to "reduce the Tomahawk Chop" during Wednesday's game, a response to recent concerns voiced by Cardinals reliever Ryan Helsley.

Helsley, a member of the Cherokee Nation, told the St. Louis Post-Dispatch last Friday that he believes the Tomahawk Chop is "disrespectful" and "devalues" perceptions of Native Americans.

"Out of respect for the concerns expressed by Mr.