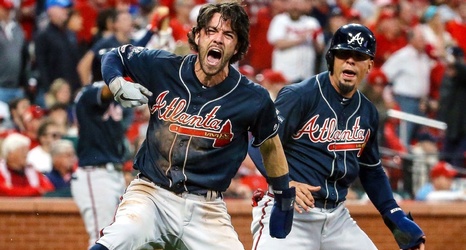 ST. LOUIS -- They say this is who they are. And have been all season long: a resilient team.

The Atlanta Braves stole victory from defeat on Sunday afternoon when they waited out a brilliant performance by St. Louis Cardinals starter Adam Wainwright, only to get to closer Carlos Martinez in the ninth inning -- erasing a 1-0 deficit and turning it into a 3-1 win in Game 3 of their National League Division Series.

None of Atlanta's late dramatics would have happened without a gem from their own starter, 22-year-old Mike Soroka, but a ninth-inning rally always overshadows everything -- especially in a game that 10-year vet Freddie Freeman called the best win he's ever been a part of.