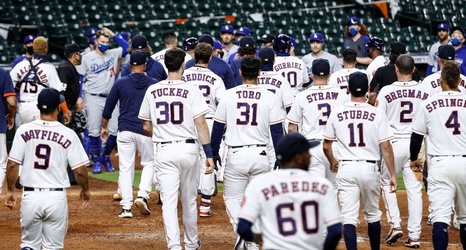 In a week in which the Houston Astros' sign-stealing scandal was in the spotlight again, team owner Jim Crane lamented the long-term effects of the scandal, telling USA Today, "It weighs on all of us every single day."

A benches-clearing altercation was triggered Tuesday between the Astros and Dodgers when Los Angeles right-hander Joe Kelly threw pitches toward Alex Bregman and Carlos Correa and made mocking facial gestures. Kelly has been suspended eight games for the incident, a punishment he is appealing.

But Kelly's suspension revived discussion of the lack of punishment to any players or Crane for the scandal in which the Astros used a dugout computer and a trash can to signal pitches to batters en route to the 2017 World Series title -- which they won over the Dodgers.