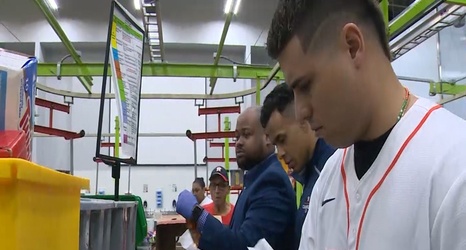 Astros owner Jim Crane announced the dismissals, per Jake Kaplan of The Athletic.

ESPN's Jeff Passan initially reported Luhnow and Hinch were suspended one year each for their roles.

MLB.com's Mark Feinsand reported Astros bench coach Joe Espada, who has been with the team since 2018, will be the team's interim manager. Crane told reporters he will oversee baseball operations for now.