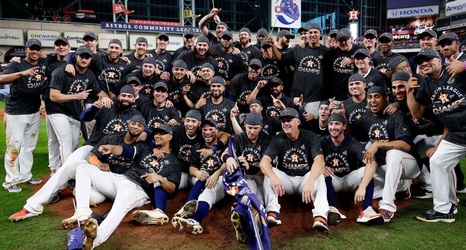 The Houston Astros have been installed as the favorites over the Washington Nationals in the World Series.

Caesars Sportsbook on Sunday opened the Astros as -235 favorites to beat the Nationals in the best-of-seven series. The Nationals are listed as +195 underdogs.

Game 1 is Tuesday in Houston.

At -235, the Astros are the largest favorites entering the World Series since the 2007 Boston Red Sox were -240 to beat the Colorado Rockies, according to Sportsoddshistory.com.

The Astros and Nationals each were considered World Series contenders entering the season but took different routes to the Fall Classic.