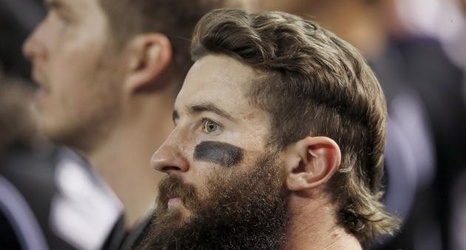 As he rounded third base and approached home plate following his walk-off home run in the American League Championship Series, Astros star Jose Altuve gestured to his teammates not to rip off his jersey in the celebration.

Chapman commented on the matter.