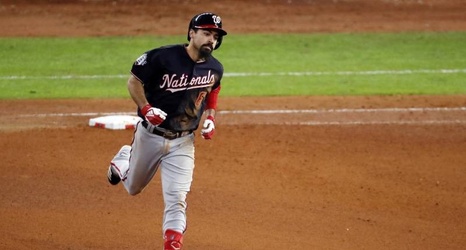 The Los Angeles Angels are reportedly among the teams interested in free-agent third baseman Anthony Rendon.

According to Jon Heyman of MLB Network, the Angels have expressed interest in the top position player on the market, though it's unclear whether it's mutual. Rendon is already a known target of the Los Angeles Dodgers and Philadelphia Phillies, along with the incumbent Washington Nationals.