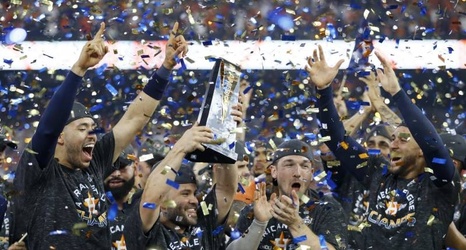 The ALCS wrapped up in dramatic fashion on Saturday night as Jose Altuve sent the Houston Astros to the World Series with a walk-off, two-run home run in Game 6.

That blast sent the New York Yankees packing, and the Astros will now square off against the Washington Nationals in the World Series after they throttled the St. Louis Cardinals in a four-game sweep.

The Yankees won 103 games during the regular season to claim their first AL East title since 2012, then swept the Minnesota Twins in the ALDS. But in the end, the Astros' star-studded roster was simply too much to overcome.