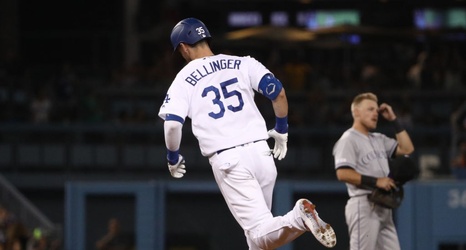 Perhaps what the Los Angeles Dodgers need after seven straight years of disappointing postseasons is some kind of game-changing spark.

For instance, a trade for the best shortstop in Major League Baseball.

The Dodgers, who bowed out of the first round of the 2019 playoffs after losing in the World Series in 2017 and 2018, could do exactly that if they strike a deal with the Cleveland Indians for Francisco Lindor. And according to Jon Paul Morosi of MLB.com, they are indeed interested in the four-time All-Star:

#Dodgers expected to pursue Francisco Lindor via trade this winter.