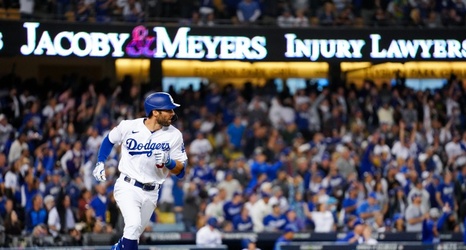 At the outset of Game 5 of the National League Championship Series, it took mere minutes for the Los Angeles Dodgers to go from merely disadvantaged to something more like doomed.

Several hours later, though, the NLCS suddenly had a whole new feel to it as the Dodgers wrapped up an 11-2 romp over Atlanta.

After Joe Kelly's opening act at Dodger Stadium on Thursday saw him get exactly as many outs as the number of runs he surrendered a two-run home run to Freddie Freeman, the Dodgers needed a hero to stand up to Atlanta ace Max Fried and, ultimately, save the home team from elimination.