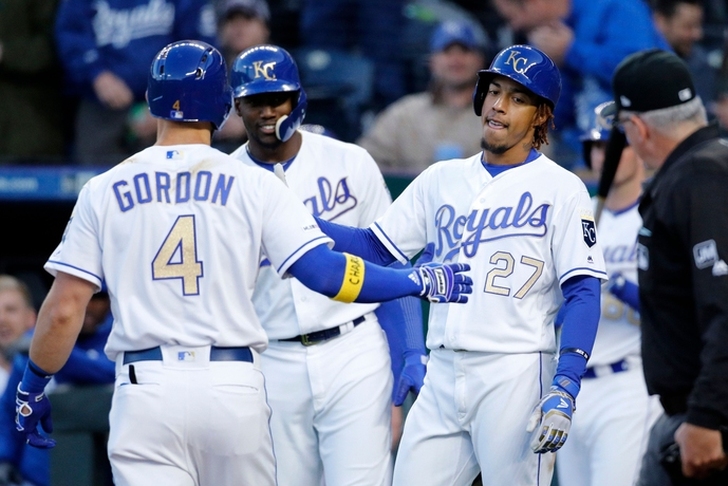 MLB Trade Rumors season is here, as Jay Bruce has been traded from the Seattle Mariners to the Philadelphia Phillies. So here are the latest rumors, focusing on the Kansas City Royals, Toronto Blue Jays, Detroit Tigers and the Mariners. It should come as no surprise, but all of those teams are selling.

Royals Blowing It Up?
The Royals have struggled mightly this year, with a 19-39 record, second worst in the majors. Even though it's only the start of June, that makes the Royals an obvious seller. MLB.com reports the Royals have made almost everyone on the roster available, save for notable players like Adalberto Mondesi and Hunter Dozier. Among those on the block (for the right price) are: Whit Merrifield (fresh off a team-friendly extension), Jorge Soler (also on a team-friendly deal through 2020), Alex Gordon, Danny Duffy and Ian Kennedy.

Price might be an issue for both Duffy and Kennedy, although the Royals can eat some of the money to get the prospect they covet back. Gordon, meanwhile, has 10-5 rights, so he can reject any trade. But given the rebound year Gordon has had, hitting .283 with 9 homers and 38 RBIs, there is value. Expect Kansas City to be one of the biggest sellers leading up to the MLB Trade Deadline.

Tigers Dealing Shane Greene?
Although not as bad as the Royals, the Tigers are just 22-33 this year, making them another obvious selling candidate. One player, per MLB.com, that should draw interest is relief pitcher Shane Greene. He's had a bounce-back year after last year's poor 5.12 ERA, posting 18 saves this year with a fantastic 1.13 ERA. Given that Greene is 30, with a year of arbitration coming up before he hits the open market, the Tigers should deal him this year.

Mariners Not Done Dealing?
The Mariners have already dealt away Bruce and Jon Heyman says the Mariners aren't done dealing yet.

Mariners are deep in sell mode. “Trying to trade everyone,” as one rival put it. Beyond Bruce, also talking about Encarnacion, Healy, Gordon, Beckham, Leake, etc. Talks said to be “ongoing” with Phillies on Bruce.

Seattle started the year hot, at 13-2, but going 12-33 in their last 45 games means it's time to sell. Edwin Encarnacion, Ryon Healy, Dee Gordon, Tim Beckham and Mike Leake all have their strengths and weaknesses in terms of what Seattle can get back in a trade. But after years of being a team that could quite reach the postseason, it appears a full-fledged rebuild might be coming in Seattle.

Blue Jays Dealing Pitchers?
Since making the ALCS in back-to-back years, the Blue Jays have gone the wrong way the past three years and are just 21-37 this season. Now, Jayson Stark of The Athletic reports the Blue Jays are primed to deal away some of their best arms. Both Marcus Stroman and Aaron Sanchez are on the market, with 1.5 years left before they hit free agency.

The 28-year old Stroman might be 3-7, but he holds an impressive 2.84 ERA and a 1.303 WHIP. Sanchez, just 26, isn't pitching as well, but still has a solid 3.75 ERA and a 1.517 WHIP. With the Blue Jays focused on a future built around Vlad Guerrero Jr., Stroman and Sanchez could bring back a quality return to help the Blue Jays in the long-term.