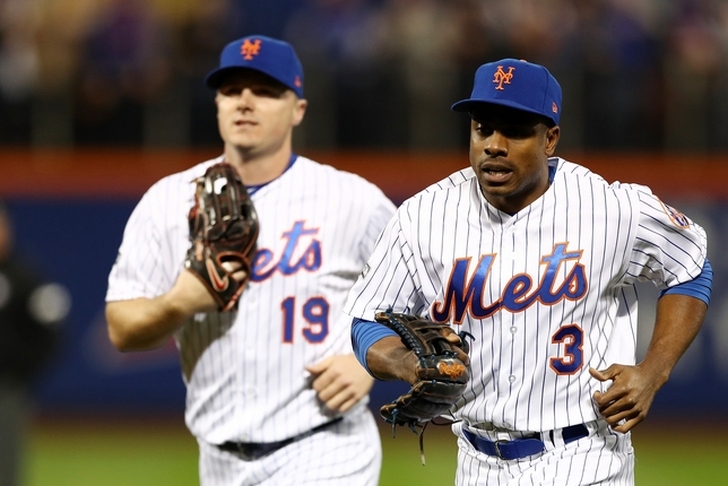 The MLB Trade Deadline is fast approaching on Monday at 4:00 pm ET, and as a result, trade rumors are flying across the league as talks heat up. The main storylines have centered around the futures of star pitchers Yu Darvish and Sonny Gray, but we're preparing to see a flurry of moves in the coming days. Here are all the latest MLB trade rumors you need to know.

Twins could still be sellers at trade deadline
The Minnesota Twins acquired pitcher Jaime Garcia earlier this week, but that doesn't mean they've decided to be buyers at the deadline. According to Mike Axisa of CBS Sports, Minnesota could still be looking to sell - and may even trade Garcia again.

That the Twins managed to hang around the AL Central race as long as they did is pretty impressive. First of all, they're a rebuilding team and not many people expected them to contend in 2017. Secondly, their run differential (minus-73 right now) suggested they were playing well over their heads. A crash back to Earth was not completely unexpected.

Because the Twins have slipped in the standings -- they're four games back of the second wild card spot with three teams ahead of them -- it's entirely possible Minnesota will become a seller prior to Monday's non-waiver trade deadline. That's even after acquiring rental starter Jaime Garcia from the Braves earlier this week.

The Twins do have a few impending free agents who would be attractive to contenders, including Garcia and All-Star closer Brandon Kintzler. Garcia getting traded twice within a week would be unusual but not unprecedented. Most famously, Mike Piazza was traded from the Dodgers to the Marlins, then from the Marlins to the Mets within the span of eight days in 1998.

Minnesota currently has a 49-51 record and are in third place in the AL Central, 5.5 games behind the first place Cleveland Indians.

Possible Mets/Red Sox trade
The Boston Red Sox have been connected to several New York Mets players over the last few weeks, including Asdrubal Cabrera, T.J. Rivera and Addison Reed, but there is a potential deal that would center around Curtis Granderson or Jay Bruce, according to Ken Rosenthal of FOX Sports.

The Red Sox, even after adding Eduardo Nunez late Tuesday night, are considering first-base DH types as a way to further boost their offense, as first noted by Mark Feinsand of MLB.com.

This is speculation, but Mets outfielders Curtis Granderson and Jay Bruce could be possibilities (Granderson is owed about $5.5 million; Bruce about $4.5 million; the Sox might want cash in such a deal due to their luxury-tax concerns).

Both Granderson and Bruce are set to be free agents after the season. Granderson is batting .223 with 13 home runs and 37 RBIs this season, while Bruce is hitting .262 with 25 home runs and 67 RBIs.

Yankees in lead for Sonny Gray
The New York Yankees have been active on the trade market in hopes of landing a top-tier pitcher before Monday's trade deadline, with Sonny Gray of the Oakland A's serving as their top target.

New York has been negotiating with Oakland for the past several months and are now considered the favorites to land Gray, according to Joel Sherman of the New York Post.

There is fluidity at this time of year.  Changes required due to performance or injury or even if a team on the borderline of contention wins or loses a few in a row.

But the belief among executives from interested teams is that most have let the A’s know the significant piece or two that they would be willing to include in a multi-prospect trade for Sonny Gray, and that one of the suitors will separate themselves before Gray’s next scheduled start Sunday against the Twins.

These executives indicated a belief that the Yankees have proposed the best players to top the deal to date, and that one item that favors their chances to get the righty is that the Astros might be the team most willing to take a risk on Baltimore’s Zach Britton.

A deal between the two sides is expected to be completed this weekend, but could be done tomorrow. Oakland wants prospect Estevan Florial included in the deal for Gray, and the Yankees seem willing to oblige to that request.

The Yankees are in need of pitching help, with Michael Pineda done for the year and then some. Plus, Jordan Montgomery has hit a rough patch and Masahiro Tanaka is having a down year. The addition of Gray (or another top-tier starter), would help the Yankees in their effort to close the one-game gap between them and the Red Sox and/or maintain their lead in the AL Wild Card.