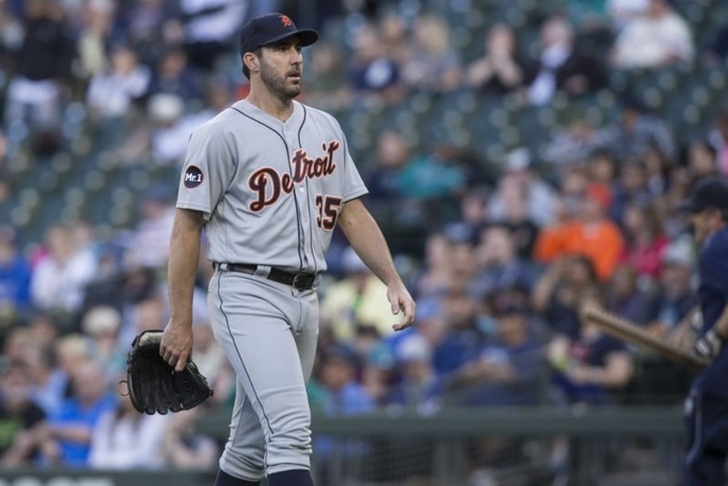 The MLB trade deadline ended a month ago, but teams can still make trades in the month of August in the waiver trade period. There isn't technically a deadline for waiver trades to end, but starting September 1st, any players added won't be eligible for the postseason. So from a practical perspective, August 31st represents the end of the waive trade period. There have already been a few trades, like Mike Leake heading to the Seattle Mariners and there might be more today. The rumor mill has several possible trades and all the latest MLB trade rumors are below.

*note: We'll update this post throughout the day with more rumors as they are reported*

Deadline Move Tracker:
There are a few moves that have already been made today and those details are below.

Cameron Maybin To Astros
This one isn't actually a trade: the Astros were simply awarded Maybin on waivers.

Astros won a claim of Maybin on revocable waivers. They will pay the rest of his $9 million salary for this year. No other players involved.

Maybin will bring OF depth to Houston. He was hitting .235 with six home runs and 29 stolen bases this year for the Angles. The Maybin comes as the Angels make an even bigger move.

Justin Upton To Angels
With Maybin gone, the Angels have landed Justin Upton from the Tigers.

Today, the #Angels acquired OF Justin Upton from the Detroit Tigers in exchange for RHP Grayson Long and a PTBNL or cash considerations. pic.twitter.com/62bDMXOaqt

Upton can opt out of his deal after this year, a risk for the Angels. This year, Upton has hit .279 with 28 HRs and 94 RBIs. He's a needed boost in LF for the Angels. They're just one game back of the AL Wild Card and this is a move to get the team into the postseason this year.

Long was the No. 9 prospect in a thin Angels' farm system. Upton was likely to opt-out of his contract because the Tigers are rebuilding, so they elected to get something back for him.

Source: #Tigers in active discussions on Justin Verlander trade possibility. They are making clear to teams that this is a rebuild. @MLB

The Houston Astros are one team that have engaged in talks with the Tigers. Still, although the Tigers are trying, Jon Heyman reports a deal is "possible, but not probable." Verlander isn't having the best year and his massive contract has prevented any trade. He's due $56 million in the next two years.

Zack Cozart Trade Not Happening
The Reds have tried to shop Cozart for over a year, but a deal won't happen. The Reds pulled Cozart off waivers after he was claimed and blocked by another team. As a result, Cozart will remain on the Reds in the last year of his contract. Cincinnati agreed to a deal with the Seattle Mariners last year, but the deal fell apart when a player had a medical issue. When health, Cozart has played great.

Rays Won't Sell
The Tampa Bay Rays are 3.5 games of the Wild Card race in the AL, but they aren't giving up yet.

The Yankees and Twins are the two Wild Card teams right now, with the Angels, Orioles and Rangers ahead of the Rays. Tampa Bay had added a few pieces leading up to the deadline.