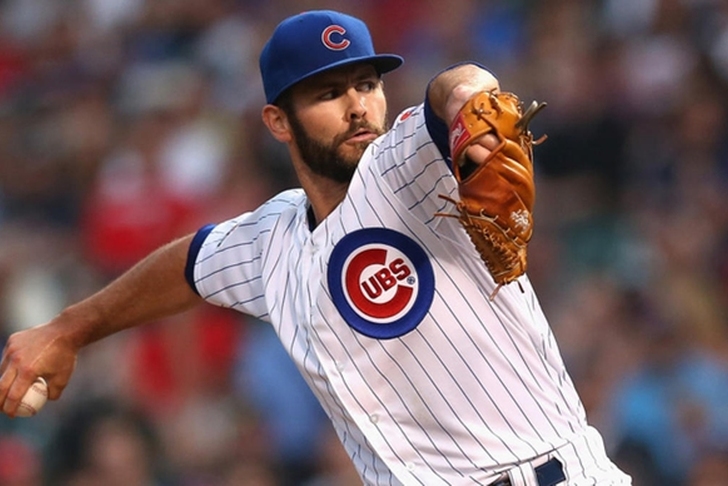 We're just over a month away from pitchers and catchers reporting, and there's still several impact names out there both in the free agency and trade markets who'll be on the move before the middle of February gets here. We're here to take a look at the latest from the MLB Hot Stove madness with our Rumors Roundup for January 15th.

According to multiple media reports, the Kansas City Royals may be closing in on a deal for righty starter Ian Kennedy. The problem here is that the Royals will have to forfeit a first-round pick for the 31-year-old as he was made a qualifying offer.

However, Kansas City reportedly sees Kennedy's durability (30 starts or more in all six MLB seasons) and 38.1% flyball rate as reason enough to forfeit a pick and about $10 million per year over a two- or three-season span.

In other Kansas City news, the Royals looked to be severely undervaluing center field and projected 2016 AL MVP candidate Lorenzo Cain in their arbitration filing.

However, it appears to have been just a precursor to an upcoming deal that'll buy out the rest of his current arbitration eligibility:

Source: Lorenzo Cain and the Royals are nearing an agreement on a two-year deal for $17.5 million.

In other the news, the Royals "lowballed" Mike Moustakas, who filed for a 2016 compensation that's almost $3 million more than what Kansas City listed in their official paperwork.

The Baltimore Orioles have offered Cespedes a five-year deal worth $80 million, but the $16 million per year average comes in about $6 million light compared to what the star outfielder's representation is seeking.

If Cespedes decides to shy away from Baltimore's offer, the New York Mets -- written off by many as a re-signing option -- could very well swoop in and bring him back.

"The Mets are monitoring the situation closely, but do not have a one-year offer on the table. According to multiple sources, the Mets continue to look at one- to three-year scenarios with Cespedes. The Mets would be willing to go three years for about $60 million."

According to Dennis Linn of The Union Tribune, the San Diego Padres are still in on Fernando Rodney and could be targeting him as a closer.

The veteran reliever salvaged some of his value after being dealt to the Chicago Cubs by the Mariners last season, putting a brutal start to the season behind him while posting a 1.00 WHIP with Chicago. The Cubs are still in the mix to re-sign, while the Arizona Diamondbacks and Toronto Blue Jays continue to lurk.

Speaking of the Cubs...

Chicago came in extremely low in their arbitration filing on 2015 NL Cy Young winner Jake Arrieta, according to Jon Heyman of MLB Network:

We're not sure exactly what the Cubs' angle is here, but $7.5 million is about 1/3 of what Arrieta's per-year command would be on the open market right now.