MLB Rumors Roundup: What Yu Darvish Means To The Cubs, J.D. Martinez "Fed Up" With Boston, And More 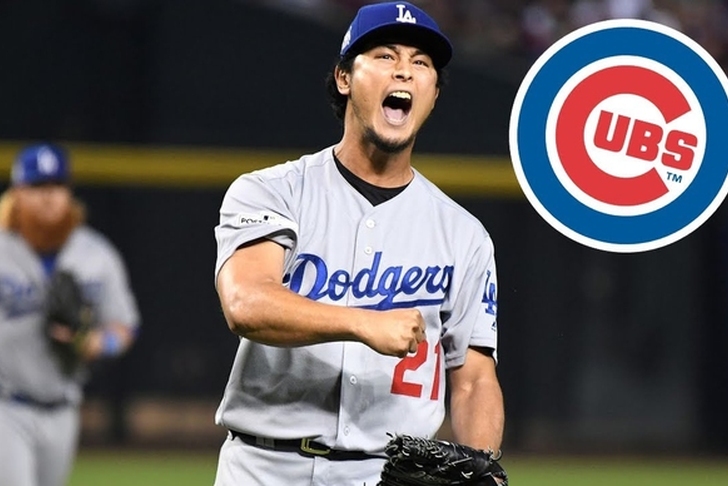 The MLB season is just around the corner with pitcher and catchers reporting to spring training tomorrow. This offseason has been filled with exciting trades, free agent signings, and hirings, foreshadowing what will be a great 2018 season. The big market teams continue to steal the headlines and - as if the Boston Red Sox and New York Yankees' rivalry couldn't get any better - it may after recent rumors surrounding free agent slugger J.D. Martinez. Here are the top rumors around the MLB that you need to know:

Darvish is The Cubs Cherry On Top
Ken Rosenthal of The Athletic reported that the Chicago Cubs and pitcher Yu Darvish had reached an agreement on a six-year, $126 million contract. The deal is pending a physical and could run as high as $150 million with incentives.

The Cubs rotation looks strong now with Darvish, Jon Lester, Jose Quintana, Kyle Hendricks, and Tyler Chatwood, and Cubs slugger Kyle Schwarber wasn't afraid to share his excitement on Sunday. Schwarber described the addition of Darvish to the pitching rotation as the “cherry on top” of the offseason sundae.

Darvish is coming off a season where he had a 3.86 ERA over 186.2 innings pitched with 209 strikeouts and 58 walks with both the Texas Rangers and Los Angeles Dodgers. The 31-year-old will need to replace free agent pitcher Jake Arrieta who played a huge rule for the Cubs winning their first World Series in 2016 since 1908.

J.D. Martinez "Fed Up" With Boston?
According to Ken Rosenthal, free agent slugger J.D.Martinez is "fed up" with the Red Sox and may sign elsewhere. Boston has been heavily pursuing Martinez this offseason and has made him their top target, but the two sides are in a bit of a stalemate due to his desire to receive a six-year deal (Boston's offer is currently a five-year deal).

This led ESPN's Dave Schoenfield to write five other fits for him. The five teams that were mentioned were; the Arizona Diamondbacks, Cleveland Indians, Atlanta Braves, Seattle Mariners, and the Yankees.

If Martinez is "fed up" with Boston, Schoenfield thinks he knows what Martinez should do.

"The best way for Martinez to stick it to the Red Sox: sign with the Yankees," writes Schoenfield. Sure, the Yankees already have a glut of outfielders. Sure, they’re trying to stay under the luxury tax. Let’s be clear here, however: The Yankees can afford to go past the $197 million luxury tax if they want. But they don’t have to."

Martinez hit .303 with 45 home runs and 104 RBIs in 199 games last season with both the Detroit Tigers and Diamondbacks.

Cardinals To Sign RHP Bud Norris
On Monday, Ken Rosenthal reported that the St. Louis Cardinals have signed free-agent right-hander Bud Norris, pending a physical. The terms of the contract have yet to be made public.

Norris was an effective closer for the Los Angles Angels last season but struggled near the end of the year with knee injuries. Norris finished the season with 74 strikeouts, 19 saves, and a 4.21 ERA in 62 innings pitched.

Norris is a nice addition to a Cardinals bullpen that struggled late in games in 2017.