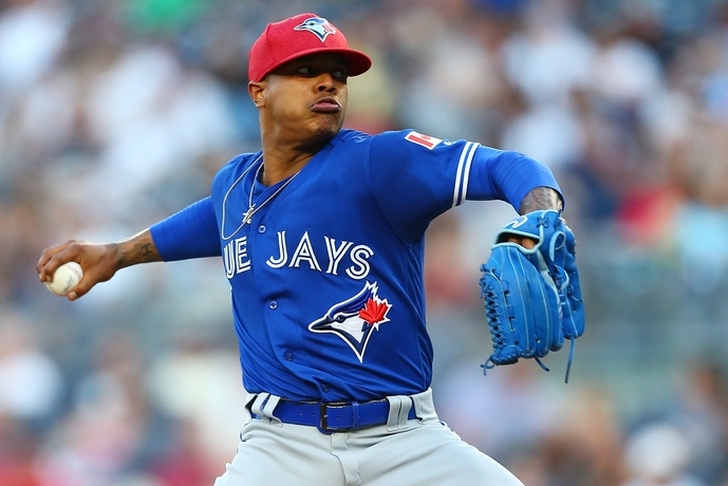 The MLB Winter Meetings are over, yet the rumor mill is still churning as many big-name players could potentially be on the move in the coming days and weeks. The New York Yankees and Los Angeles Angels have been the two busiest teams this offseason, but this rumors article doesn't involve either of them. Here are all the latest MLB rumors you need to know.

Phillies Interested in Marcus Stroman
The Philadelphia Phillies have been aggressively looking for pitching this winter and have “inquired on just about every young starter that could be traded this winter,” Matt Gelb and Matt Breen of Philly.com report.

One of the names on that list is Blue Jays pitcher Marcus Stroman. He is coming off a breakout season in which he posted a 3.09 ERA over 201 innings. The 26-year-old made $3.4 million in 2017, but that number is likely to rise next season as he’s eligible for arbitration.

Jason Kipnis to the Mets Skepticism
Chris Cotillo of SB Nation reported late last week that there is "traction" between the New York Mets and Cleveland Indians on a trade for second baseman Jason Kipnis.

Mets have had serious talks with Cleveland on Jason Kipnis this week, source tells SB Nation. There's been traction there. Fit looks even better with Kinsler to Anaheim.

However, according to Marc Carig of Newsday, a source expressed skepticism about the Mets' ability to acquire Kipnis from the Indians.

Lots of talk leading into winter meetings about the Mets trading for the Indians’ Jason Kipnis. But a source expressed skepticism about a deal getting done. So, perhaps the Mets will be forced to pivot to another option.

The Indians want salary relief - Kipnis is guaranteed $30.5 million over the next two years - so little might be required in the way of talent going back, but apparently, that could be too rich for the Mets.

The outfielder missed time during the 2017 season after suffering a dislocated left ring finger. Prior to the injury, he was hitting .294/.355/.464 in 173 plate appearances. Brito was a candidate for a backup outfield spot on Arizona's 2018 big league roster and this injury may impact that.

Currently, Brito is rated by MLBPipeline.com as the Diamondbacks No. 10 prospect.

Check out our MLB rumors page for all the latest MLB Rumors or download the Chat Sports App!