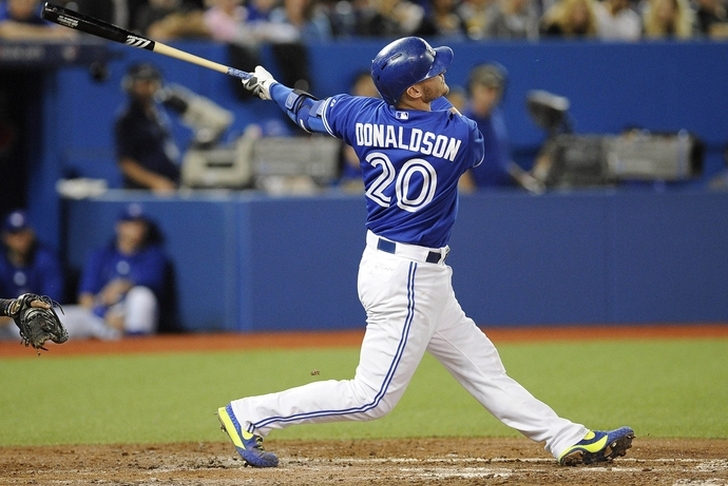 The new MLB season is just over two weeks old, but there are already rumors flying about a few big names who could be dealt before the trade deadline. There are also injuries and suspensions for teams to deal with. Here are all the latest MLB rumors you need to know.

Injuries To Happ & Donaldson
A rough start to the year for the Blue Jays isn't getting any better. Starting pitcher J.A. Happ has been placed on the DL with elbow inflammation.

LHP J.A. Happ has been placed on the 10-day DL with left elbow inflammation.

INF Ty Kelly has been recalled from the @BuffaloBisons.

Blue Jays Deadline Plans
Sticking with Toronto, after a terrible 2-10 start to the year, the question around the Blue Jays has been if they'll make major trade. Rosenthal reports that the Blue Jays will likely be sellers, but likely won't have a major overhaul because of a fear of losing fan interest.

"The Jays are the oldest team in the majors, and they could trade their top potential free agents (right-hander Marco Estrada, left-hander Francisco Liriano, right fielder Jose Bautista) and still be quite competitive next season," Rosenthal writes. "Their more difficult decisions, assuming good health, would be whether to move Donaldson and, to a lesser extent, Happ, both due to become free agents after 2018."

Rosenthal indicates a "strategic re-set" is more likely than the Blue Jays blowing up the roster. That puts Toronto on the Kansas City Royals plan and not the Cincinnati Reds play.

Starling Marte Suspended
In the surprise of the day, the MLB announced Tuesday that Pittsburgh Pirates OF Starling Marte has been suspended for 80 games for testing positives for PEDs. Marte tested positive for Nandrolone, which is an anabolic steroid. Marte apologized for the positive test in a statement.

"I have been informed that I have tested positive in one of the tests that are regularly done in my job," Marte said in the statement. “In this very difficult moment I apologize to my family, the Pittsburgh Pirates, my teammates, my fans, and baseball in general. Neglect and lack of knowledge have led me to this mistake with the high price to pay of being away from the field that I enjoy and love so much. With much embarrassment and helplessness, I ask for forgiveness for unintentionally disrespecting so many people who have trusted in my work and have supported me so much. I promise to learn the lesson that this ordeal has left me. God bless you."

The Pirates moved Marte to centerfield this year, shifting Andrew McCutchen to right. With Marte suspended, the Pirates could promote top prospect Austin Meadows. McCutchen could also move back to center, with Adam Frazier or John Jaso in line for more playing time.