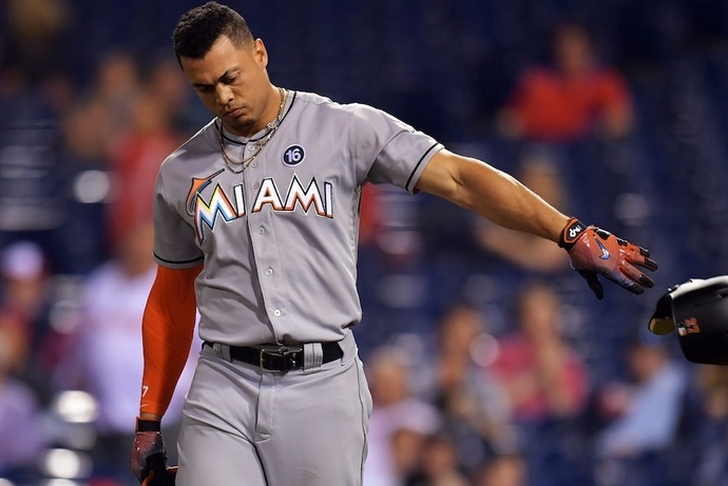 The MLB offseason has been relatively quiet to this point, but that should change during baseball's winter meetings starting on Dec. 9,  which is where much of the foundation for offseason trades and other acquisitions take place. As such, the rumor mill is buzzing with potential free agent signings and trade talks, especially around the future of Giancarlo Stanton. Here are all the latest MLB rumors you need to know.

Marlins trying to gain leverage in Giancarlo Stanton trade
The Miami Marlins haven't been shy about their desire to trade Giancarlo Stanton in order to get his contract off the books, but Stanton has said he doesn't want to waive his no-trade clause for the Boston Red Sox, San Francisco Giants, or St. Louis Cardinals, all of whom have reportedly made offers for Stanton.

As such, Miami is trying to gain some leverage in the situation by telling Stanton if he doesn't waive his no-trade clause, he will be the lone star on their team as they go through another rebuild, according to Clark Spencer of the Miami Herald.

According to two sources with knowledge of discussions, the Marlins informed Stanton in October that if he refused to waive his no-trade rights and accept a trade, he would remain a Marlin and team officials would look to trade off other top players to reduce payroll.

While it wasn’t presented to Stanton as an ultimatum, one source said, it shows that the Marlins aren’t without leverage in their efforts to deal Stanton and relieve them of the financial burden he brings. Stanton has said he doesn’t wish to be part of a rebuild.

Cubs a favorite to land Shohei Ohtani
Japanese star Shohei Ohtani plans to make the move to the MLB this offseason, and the Chicago Cubs have positioned themselves to be one of the favorites to land him, according to David Kaplan of NBC Sports Chicago.

MLB sources have confirmed to me that the Cubs have spent significant time and money in their pursuit of Ohtani. The club has sent multiple scouts to Japan for weeks at a time and they have watched him pitch and play the outfield and they believe he can indeed do both on the north side of Chicago.

A rival NL executive who has scouted Ohtani believes the Cubs will be on the short list of teams that have a realistic chance of signing him:

“Theo has been fascinated by this kid for a long time," the executive said. "He and Jed have been strategizing on how to land him in Chicago. They have the support system needed to make this work. They landed Daisuke Matsuzaka when he was in Boston and they have a good relationship with Ohtani’s agent (Nez Balelo) at CAA.  They are definitely one of the teams on his short list. But will he end up in the National League? That’s the big challenge.”

Ohtani hopes to both pitch and be an everyday position player in the majors. He is 41-15 with a 2.56 ERA in his career as a pitcher in Japan, but also has a .332/.403/.540 batting line with eight home runs and 35 RBIs in 65 games this season despite being limited with foot injuries.

Red Sox targeting Jose Abreu in trade
Boston is looking to add another power bat to their lineup this offseason, and they have turned their attention to Chicago White Sox first baseman Jose Abreu, who they hope to acquire via a trade, according to Jon Heyman of FanRag Sports.

chisox have been in active talks with red sox and others on star 1B jose abreu. boston was 1 of 4 finalists for abreu when he signed with chicago (milwaukee & houston were the others).