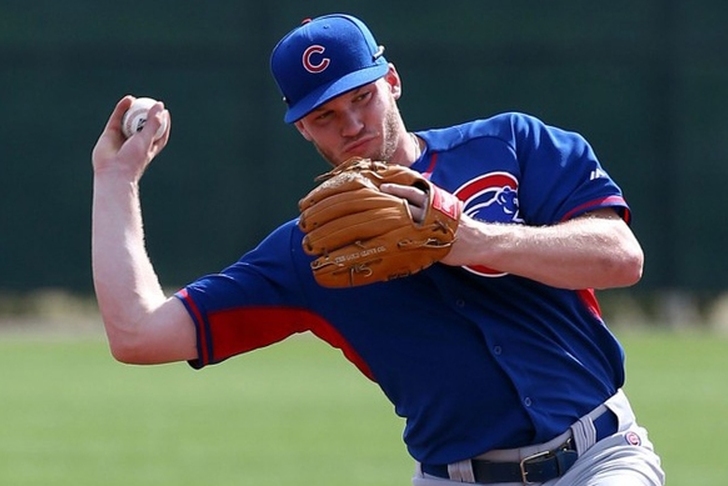 The new MLB season is just over a week old, but there are already rumors flying about a few big names that may be traded before the trade deadline. Here are all the latest MLB rumors you need to know from Chat Sports:

Blue Jays may trade many key players
The Toronto Blue Jays have gotten off to a disastrous start to the season, and if their poor play continues, they are expected to have a firesale leading up to the deadline, according to ESPN's Buster Olney.

But with nine losses in 11 games, the standings hole that Toronto has created for itself is enormous, compounded by the loss of MVP candidate Josh Donaldson to recurring calf problems. Rival evaluators already are beginning to size up the Jays as a possible candidate for an extensive midseason sell-off.

If Toronto cannot execute a performance U-turn as dramatic as its early-season plummet, evaluators say the Jays could focus on a rebuild and provide a lot of the more attractive players in the market -- particularly starting pitchers, a sparse commodity before last year’s deadline.

The Blue Jays are currently 2-10 after starting the season 1-9. No team that has started a year 1-9 has ever made the playoffs.

Cubs could trade Ian Happ
With starting pitchers Jake Arrieta and John Lackey set to be free agents after the 2017 season, the Chicago Cubs have a question surrounding their long-term starting pitching. As such, they may trade star prospect Ian Happ to get pitching help, according to Ken Rosenthal of FOX Sports.

Trea Turner went through a full pregame workout prior to Sunday afternoon's game against the Phillies. He tested his strained right hamstring with sprints in the outfield alongside a team trainer, took batting practice with the rest of the team and fielded grounders at shortstop.

He knows it's not his decision, but Turner feels like he will be ready to return when he is eligible to be activated from the disabled list Wednesday.

"I feel like I could be. Whether or not that happens I don't know," Turner said. "They want me to take it slow, as should I. I want to nip it in the bud right now and not have to deal with it ever again. So we'll see."

Turner has just three hits in 19 plate appearances with one double and seven strikeouts in five games this season.

Follow our MLB news page for all the latest MLB news!