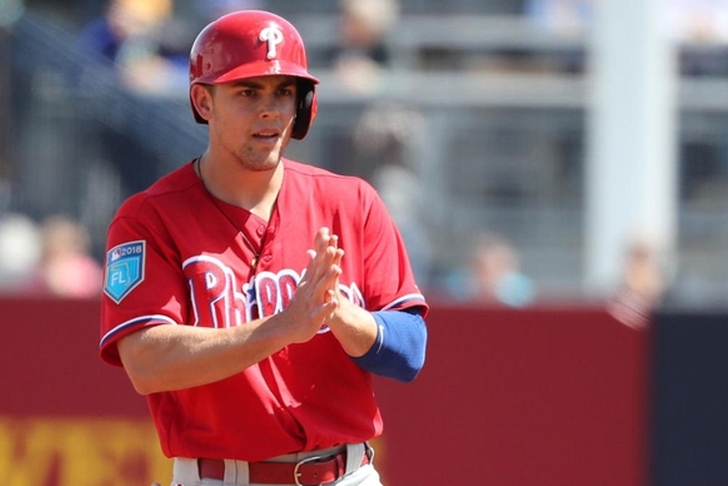 The 2018 MLB season is nearly upon us with Opening Day on Thursday, March 29, and every team enters the new year with refound hope and optimism about their chances. However, there are a number of teams that will be starting the season shorthanded due to injury. Here are all the latest MLB news & rumors you need to know:

Phillies sign top prospect to six-year extension
Many MLB teams have made a habit of keeping top prospects in the minors for a few weeks at the start of the season to keep them under club control for an extra year, but the Philadelphia Phillies aren't doing that with Scott Kingery.

Not only is Kingery starting the season in the majors, the Phillies just signed him to a six-year extension that has three club options, meaning he could be under club control for nine more years, according to Matt Gelb of The Athletic Philadelphia.

Here’s the breakdown of the Scott Kingery contract:

Greg Bird could miss two months for Yankees
New York Yankees first baseman Greg Bird will miss up to two months after having surgery to remove a bone spur in his foot, according to YES Network's Jack Curry.

Greg Bird will have surgery tomorrow to remove a small bone spur from the outside of his right ankle, Yankees say. He’s expected to rehab for 6 to 8 weeks before returning to game action.

RELATED: Here Are The Most Likely 2018 World Series Matchups, According To Vegas

Steven Wright's return date set
Boston Red Sox pitcher Steven Wright will start the season on the disabled list after getting a PRP injection in his left knee, but the team says he did not suffer a setback.

"It's just part of the process," manager Alex Cora said. "I think we pushed him hard enough, but now we ran out of time. So we're going to make sure he takes his time. Whatever it is, sooner rather than later. He's in a good spot, but we ran out of time with him."

Wright underwent a cartilage-restoration procedure on the knee in May of last year, causing him to miss the remainder of the season.

The knuckleballer will be eligible to be activated on April 5 but then must serve a 15-game suspension for violating the league's domestic violence policy. That means the earliest he can return to the mound will be April 22.

After making the All-Star team in 2016, Wright went 1-3 with an 8.25 ERA in five appearances (all starts) last season before undergoing surgery.