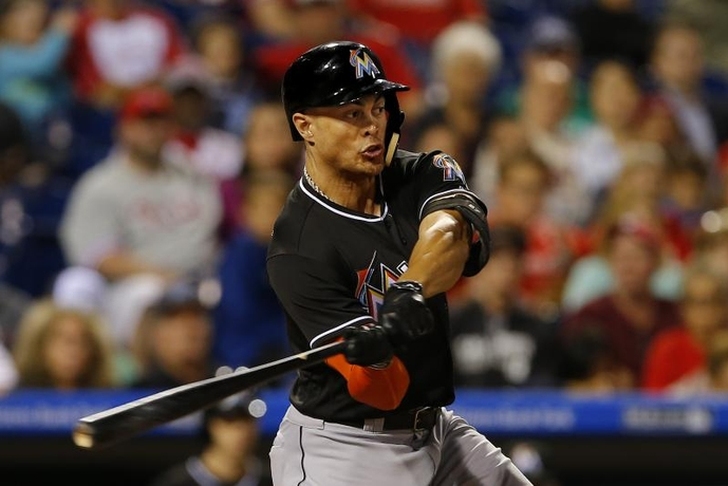 The World Series between the Los Angeles Dodgers and the Houston Astros is still on-going, but for the rest of the MLB, it's the offseason. That means the rumor mill is buzzing with manger changes and trade talks. There remains plenty of rumors around the future of Giancarlo Stanton, but there's also talk the Cleveland Indians and New York Yankees. Here are all the latest MLB rumors you need to know.

New Marlins owners Derek Jeter and Bruce Sherman told other owners as part of the application process to buy the team that they plan to cut payroll to $90 million from what would be $140 million if they kept the team intact, according to a source with direct knowledge.

The Marlins are expected to seriously explore trade options for Stanton, who is due $25 million next season and between $25 million and $32 million each of the next 10 seasons.

Look for the Yankees to shop Jacoby Ellsbury after a disappointing season in which he sat in the ALCS while Aaron Hicks, who slumped badly, played. The Yankees would have to offset much of the contract. But they are trying to get below the $195 million mark, have a surplus of outfielders and believe Ellsbury might do better with a change of scenery. He actually had a nice second half after returning following a concussion suffered while crashing into the center-field wall, but he still finished with a .264/.348/.402 slash line, which was still below average for an outfielder, and below his career norm. (In fact, in none of his four years in New York has he reached his .760 career OPS.) Ellsbury has three years to go on his $153 million, seven-year deal, so there would have to be a significant paydown to facilitate a deal.

Ellsbury has been linked to both the Seattle Mariners and Boston Red Sox, though it remains to be seen if either of those clubs would be willing to take back his contract.

Pluto reports that the Indians will pick up the team options for Michael Brantley and Josh Tomlin totaling $14 million, ensuring they stick around for at least another year. They also plan to extend a qualifying offer to Carlos Santana, which will be worth around $18 million range. Then, the Indians are hoping to re-sign both Jay Bruce and Joe Smith once they hit free agency - and hope to bring back Mike Napoli.