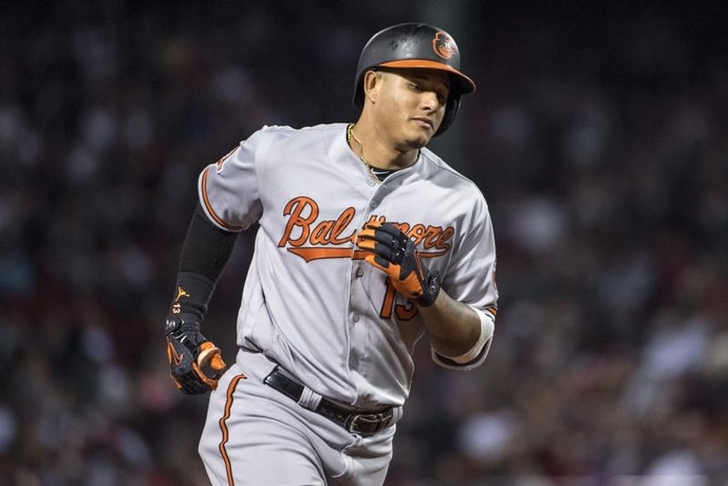 The MLB season is at the two month mark, and there are already rumors flying about a few big names who could be dealt before the trade deadline - and about possible moves in free agency. The Hot Stove is always on and several teams have already emerged as buyers and sellers. Here are all the latest MLB rumors you need to know.

Marlins may pursue Machado in free agency
Teams are already lining up for the class of free agents after the 2018 season, and Orioles third baseman Manny Machado will be one of the top players available. The Yankees have emerged as the favorite for Machado, but the Miami Marlins could be a dark horse contender for him if the Derek Jeter ownership group get the team, according to Nick Cafardo of the Boston Globe.

While there are many red flags concerning Jeffrey Loria's ability to sell the Marlins, both potential bid groups are wondering, according to a major league source, can baseball ever make it big in Miami?

There's a feeling the team needs a major Latin American star, which is perhaps why Loria made an unsuccessful attempt to bring in Alex Rodriguez last year.

It would make sense for the Marlins to go hard after Manny Machado, a free agent after the 2018 season who would have great support in his hometown.

Duda expected to leave Mets this offseason
New York Mets first baseman Lucas Duda will be a free agent this offseason, and "barring some change," he "will sign elsewhere next year," according to Jon Heyman of FanRag Sports.

Yankees to pursue trade for Alonso?
Thanks to an unexpectedly strong start, the New York Yankees are in position to be buyers at the MLB trade deadline. Starting pitching is the top need, and the Yankees have already been linked to several. However, New York also wants to add another bat to the lineup. Enter Oakland's Yonder Alonso, who Bleacher Report's Jacob Shafer predicts will be traded to the Yankees this season.

The 30-year-old Alonso will be a free agent after the season and is easily outpacing the numbers he's put up since breaking into MLB in 2010.

A massive return isn't on the cards for A's executive Billy Beane. That said, a contender in need of a first-base power bat could come knocking.

The Yanks won't dangle any of their coveted top prospects, but they could reach into a deep farm system and swap the likes of outfielder Dustin Fowler and/or first baseman/outfielder Tyler Austin.

Oakland is set to be a major seller at the deadline given their bad start to the season. The Yankees are already planning on pursuing A's pitcher Sonny Gray, but talks with Oakland could include Alonso as well.

In 41 games this season, Alonso - who is in the midst of a breakout season - is batting .273 with 14 home runs and 31 RBIs. His 14 dingers are already a career high, while he only has three career seasons in which he has knocked in more than 31 runs.

Follow our MLB news page for all the latest MLB news or download the Chat Sports App!