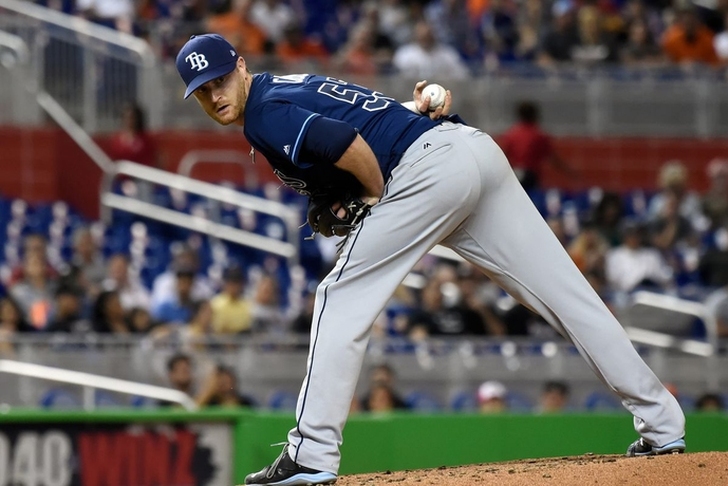 The MLB rumors are churning now that Spring Training is underway and MLB fans are ready for baseball. Most of this offseason has been headlined by big-market teams such as the New York Yankees. The Yankees rumors surrounding their starting pitching seems to be a never-ending discussion and it appears they may be adding a fellow AL East pitcher to their rotation. The Yankees aren't the only team from New York in today's rumors roundup, the New York Mets provided an update on a relief pitcher who could be a part of their bullpen in 2018. Last, the St. Louis Cardinals made headlines today with their recent extension to one of the most important positions in baseball. Here are the latest MLB news and rumors you need to know:

Alex Cobb heading to the Yankees?
Opening Day is only three weeks away and there are still plenty of arms available in free agency. Despite being so close to Opening Day, The Boston Globe's Nick Cafardo, the Yankees are still being linked with starting pitcher Alex Cobb.

"The feeling among teams is that while Cobb is a desirable commodity, his agents haven't come down enough in asking price for a deal to make sense," writes Cafardo. "The Brewers, Twins, and Yankees seem like legitimate landing spots for the 30-year-old, who went 12-10 with a 3.66 ERA for the Rays last year after recovering from Tommy John surgery. Teams are looking at a three-year deal, but pitchers of Cobb's caliber and age want more. It may not exist in this market."

If Cobb needs to settle for a three-year deal, it makes total sense for him to head to the Yankees. Cobb was solid last year for the Tampa Bay Rays, posting a 3.66 ERA and a 1.221 WHIP in a career-high 179.1 innings of work. For his career (which has featured injuries), Cobb has a posted a 3.50 ERA and a 1.217 WHIP.

Cardinals extend SS Paul DeJong?
The Cardinals are confident in shortstop Paul DeJong and according to Derrick Goold, the Cardinals have agreed to an extension with DeJong.

The contract is six-years, $26 million deal. It is the biggest contract for a player in MLB history with less than one year of service time. DeJong wasn't even on track to be arbitration-eligible until after 2020, but St. Louis has made moves like this in the past with young players.

He threw 20 pitches to test his strained calf and after 20 pitches he felt confident enough to stop. The injury occurred when Swarzak was trying to cover first base last week, and it appears he was able to avoid a serious injury.

If the 32-year-old doesn't suffer a setback he should be good to go for the Mets Opening Day game on March 29th.