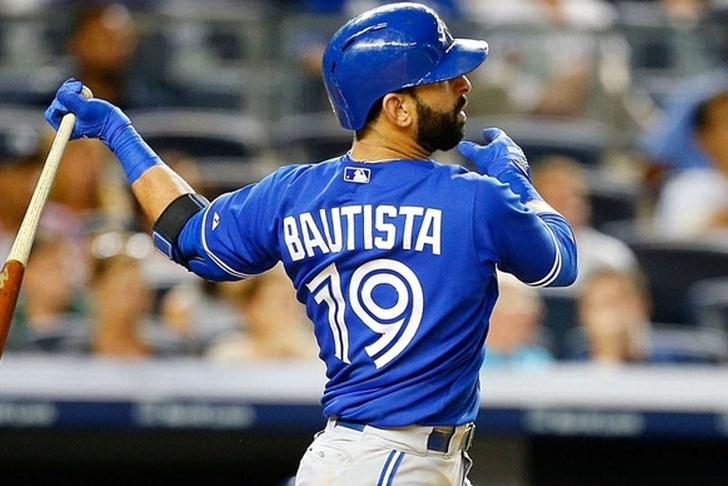 We're over a month into the MLB offseason, and the hot stove is in full swing. Several notable trades have already been made, and while a few of the biggest-name free agents have signed already, there are still a plethora of rumors swirling around the league. Here is all the latest MLB news and rumors you need to know:

Where Will Jose Bautista End Up?
Joey Bats wanted a big contract this offseason, but he has yet to get it. There are only so many teams interested in a 36-year old corner outfielder/DH and that list appears to be thinning, per MLB.com. In addition to Orioles and Rangers likely not having interest, a few other teams don't make sense for Bautista.

The Yankees and Giants aren't seriously pursuing Bautista, sources say. The Dodgers probably will add an outfielder before Opening Day, but they are more likely to do so via trade, especially after the anticipated nine-figure splurge on Kenley Jansen and Justin Turner. So which teams are looking for a corner-outfield bat?

The Phillies and White Sox each have needs at the position, but neither is ready to win a championship in 2017. And Bautista, who has yet to play in a World Series, wants badly to play for a contender.

The implication is clear: don't be surprised if Bautista is back with the Toronto Blue Jays next year.

Dodgers-Twins Still Talking Brian Dozier Trade?
The Los Angeles Dodgers and Minnesota Twins were engaged in talks about Brian Dozier last week, but no deal was completed. It seems the two sides are still open to a trade.

Sources: #Dodgers, #Twins remain in dialogue about a Brian Dozier trade, although no deal is imminent. @MLB @MLBNetwork

ESPN reports the Dodgers could have to give up RHP Jose De Leon, something the club doesn't want to do. Dozier had a big year for Minnesota, hitting .268 with 42 home runs, the third-most in the majors. The Dodgers have been active once again this winter and the interest in Dozier shows they might not be done quite yet.

Yankees Looking At Dealing Brett Gardner?
The Yankees already made a big splash this winter by brining back closer Aroldis Chapman and they might not be done yet. Joel Sherman of the New York Post reports the Yankees are looking into getting rid of some salary in order to make another move or two.

This is why the Yankees continue to gauge interest in Chase Headley (two years, $26 million) and Brett Gardner (two years, $25 million) as a way to cut a significant salary. The Yankees, like the Mets, also are interested in setup men such as Boone Logan and Brad Ziegler. But Hal Steinbrenner continues to mandate lowering payroll in 2017 to give the team an opportunity to get under the $197 million luxury-tax threshold for 2018.

The Yankees would like some more bullpen help, but if they can't deal Gardner (or Headley), they might have to stay pat with their current roster.

Latest Signings:
There have been a couple of signings today, although they aren't of the big fish variety. Still, we've included them below for you: