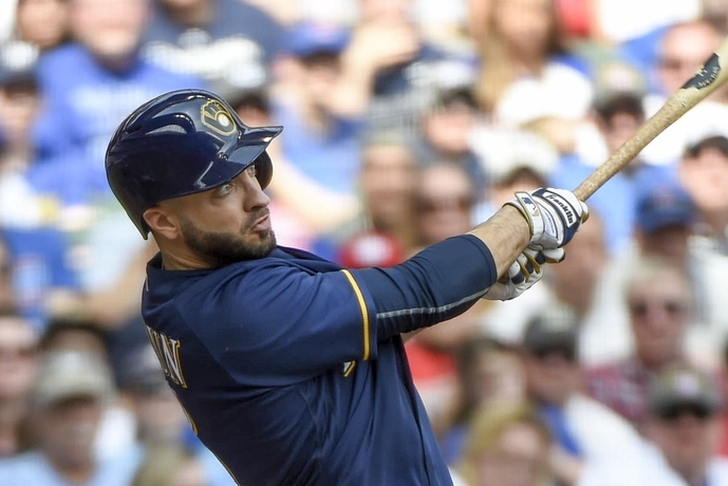 The new MLB season is just over two weeks old, but there are already rumors flying about a few big names who could be dealt before the trade deadline. It's early, but a few teams could emerge as sellers soon rather than later. Here are all the latest MLB rumors you need to know.

Dodgers Still Chasing Braun?
Last year, the Dodgers and Brewers discussed a potential Ryan Braun trade. It appears they're still talking, as Nick Cafardo of the Boston Globe reports the Dodgers and Brewers have kept in touch about a potential deal for Braun. Last year, the talks involved Yasiel Puig, who has rebounded and is playing well. There's one other interesting factor in a potential trade. On May 24th, Braun gains 10-and-5 rights, meaning he have full no-trade protections. The Dodgers need outfield help, as they're battling injuries and poor play from the plate.

"It’s not a time you get external help," Blue Jays president Mark Shapiro told SportsNet. "Less than 10 games in, this is not the time to start looking at external help. There may be a time and a place when you start to think about that, but you’re not going to replace five hitters."

The Blue Jays are currently 2-10 and the lack of production could have the Blue Jays selling, rather than buying like they have in recent years.

Correa Open To Extension
Last week, the agent of Houston Astros shortstop Carlos Correa said his client won't sign an extension before he hit free agency. But Correa told the Houston Chronicle he was open to doing a deal.

"I'm not shutting the door," Correa said. "The price has got be right, you know what I mean? And it's got to be early. Once I get to arbitration there's no turning back."

Correa said he likes playing for Houston, but it doesn't make much financial sense for him to sign a deal that pays him more money now, but at the cost of future earnings via arbitration. Correa said there had been no talks about a new contract yet.